As part of Go Green initiative from BTC,  we set out for a new adventure on a cloudy Sunday morning to Turahalli  Reserve Forest which is located opposite Omkar Hills after RNS Shetty Engineering College on Uttrahalli - Kengeri stretch.    When the event was posted, made a search of Turahalli forest.  Was amazed to see that this forest is spread across from Kanakapura Road and ends at Mysore Road. http://goo.gl/maps/ooLw3    Heard from the forest department that its of over 500 acres of land.    Now reduced to just 200 acres of greenary, thanks to land sharks who are constructing every inch of land near to this wildlife habitat.    No wonder that animals get into the human dwellings for survival.   If our government does not wake up, we can expect one more disaster in the making. 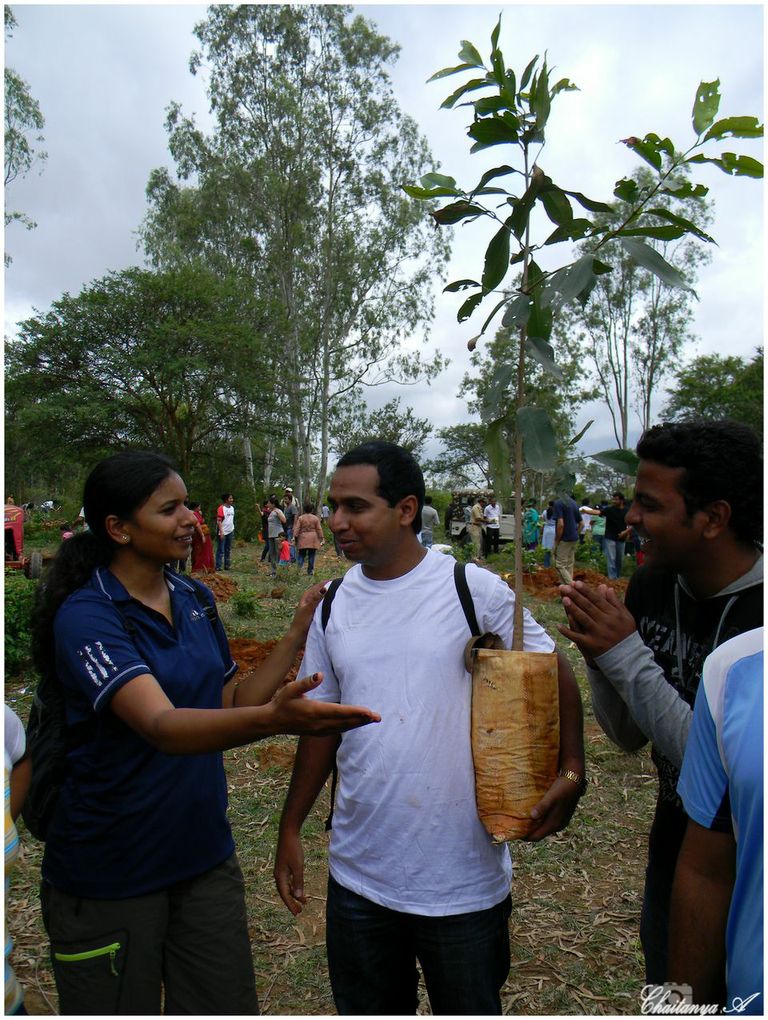 When we decended on Turahalli Reserve Forest, we were welcomed by volunteers in huge number.  Thanks to Say Trees, a voluntary organisation assisting Karnataka Forest Department in protecting greenary through planting the saplings across the Forest area.   We had Forest Rangers who had organised this event with help of Say Trees http://saytrees.org/and had a briefing session in the morning followed by Forest Guards directing the volunteers towards the ready pits.    We were told that 1000 pits were dug and saplings were available.    However understand that over 700 saplings were planted by the end of the day.

Chaitanya ensured that the group was around and When we joined the bandwagon,  Harish demonstrated how to carry the saplings.   We started locating the empty pits, but the sad state is that our BBMP had allowed this to be a dumping ground, could see Injection Bottles strewn around.   May be from BGS Global Hospital which is in the vicinity. This is a gross violation of dumping hospital waste.   We came across a blade which was used for cutting the plastic bags.   I suspect even this is from the hospital waste. 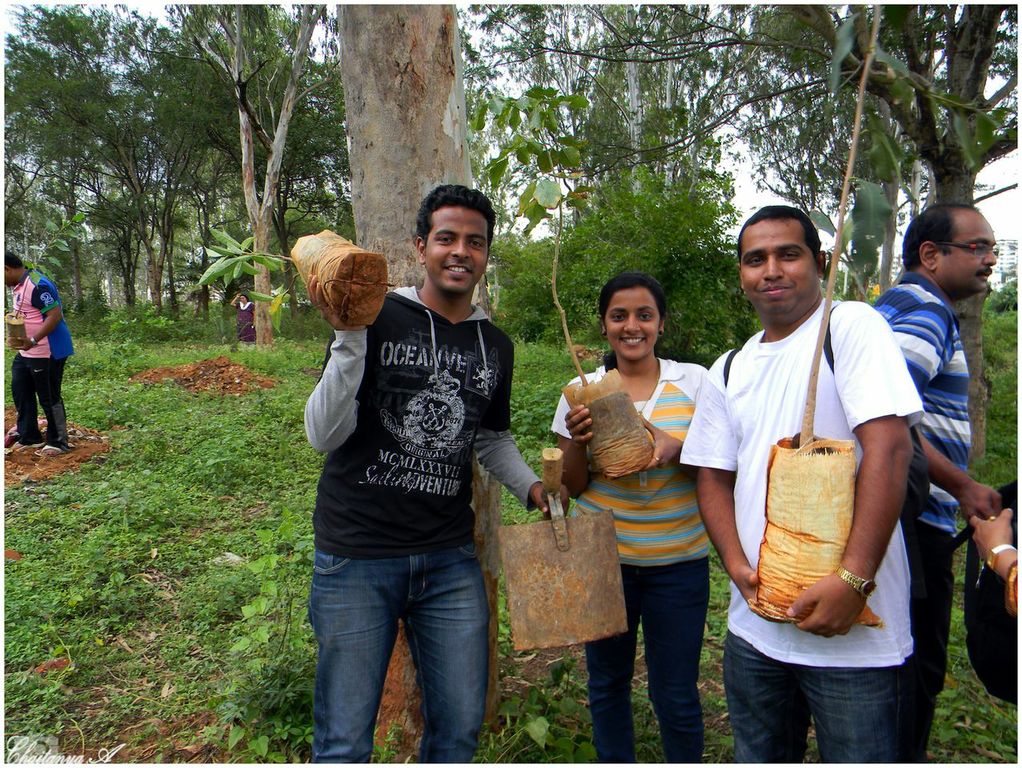 Saplings were distributed to the volunteers.    From BTC, were are around 40 of them who started collecting Saplings and the shovels that was used.    It was fun handling this after couple of years.  Activity was shared among the group which involved Cleaning the soil in the pit using shovels, next separating the plastic bags covered across the sapling and then placing them in the pit and covering them with the soil once again followed by watering the plants to breathe.

Our volunteers were busy looking for the 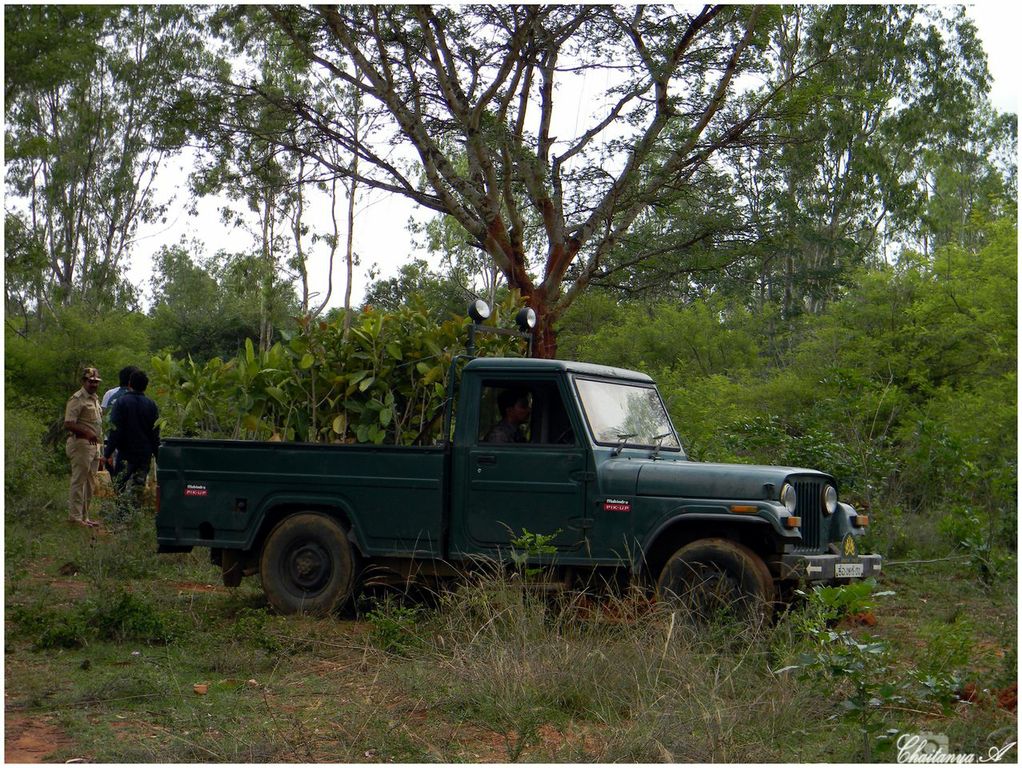 empty pits and grabbing the shovels available.   We had to wait for some time till we received shovels for the activity.    Now in full swing team started getting into the action mode.

We understood that the activity commenced in the morning well before we landed there.    We had the forest department officials and volunteers helping us guide the project and saplings were brought in Jeeps and tractors.    On an average we planted around 20 saplings each team and over 400 saplings were planted by BTC and over all it was 700 saplings for the day.    It was a true team spirit which made this event successful.

Personally i could  plant 17 saplings and it took almost 2 hours for the activity.     Thanks to Sanisha for helping me out with the saplings and uncovering the plastic covers.     Finally had to say thanks to Chaya for handling the blade carefully which was used to cut the plastic wrapper ( bag) . 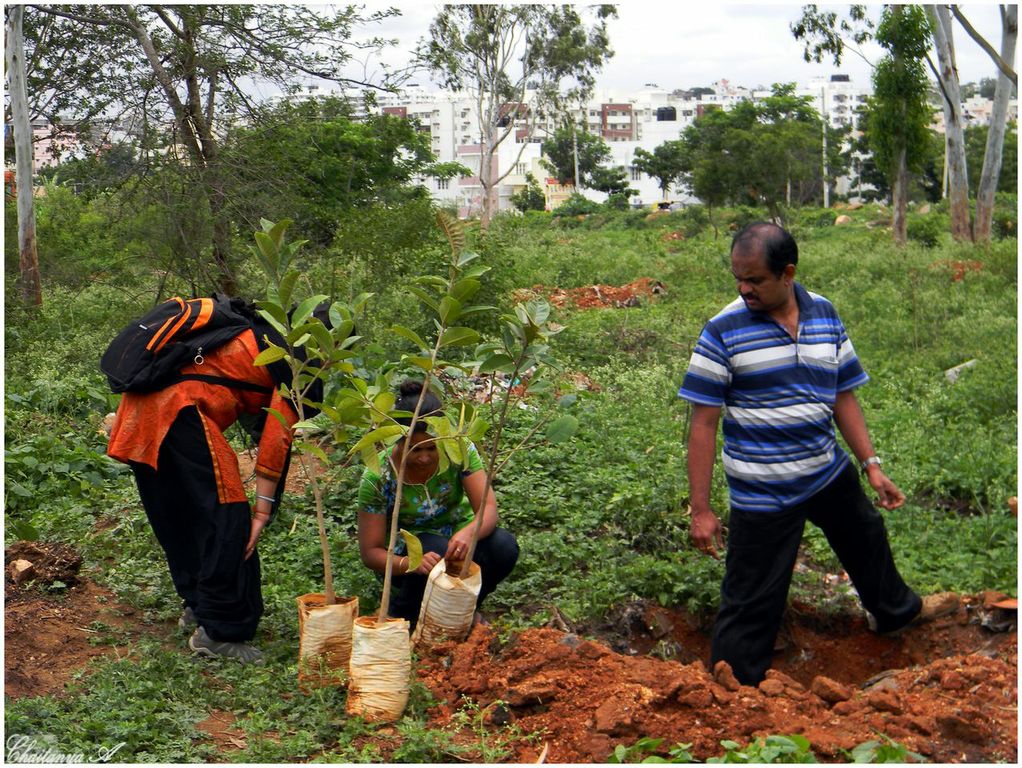 Sri Bacha made the entry at around 12 PM saying he was lost in Turahalli forest as per the event direction which led to Kanakapura Road.   By then i had almost completed 17 saplings and wound up for the day.    Left around 12.30 PM and the team left at 2 PM after completing the planting the remaining saplings. 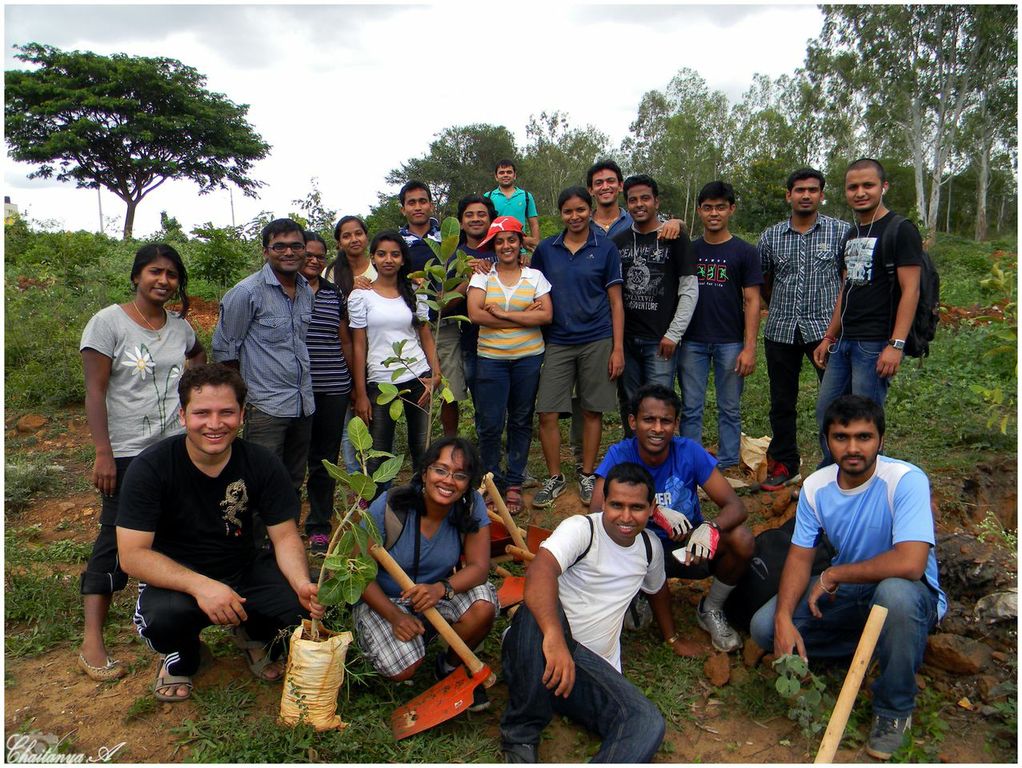